The Overlap Between Worker’s Compensation and Personal Injury

You are hurt at work when a machine malfunctions, and the injury is so severe that you cannot work for months. Thankfully, your employer says your injury is covered by employer’s worker’s compensation insurance, so your medical bills will be covered and you will still get paid for the months you cannot work.
When you get your first check, the dollar amount is less than usual. The insurance company explains that for a worker’s compensation injury, you are only entitled to 2/3 of your pay for the time you are unable to work. Further, the insurer says you will not get paid for the time you have to take off from your second job, even though you are unable to work that job due to the same injury.
Understandably, you are upset and feel cheated, but on a law firm’s website you learn you may be able to get the rest of your lost wages from the manufacturer of the faulty machinery, or from their insurance. This situation, where a worker’s compensation case is also a personal injury case, is not uncommon.

Injured by a Third Party, Covered by Employer-Provided Worker’s Compensation

A person with a compensable work injury can have both a worker’s compensation claim and a personal injury claim. This is possible because an injury, while covered by an employer’s workers compensation insurance, can be the fault of a third party who is not the employer. This particular situation allows the employee to get a fuller recovery of all damages, including the pain and suffering a person endured because of the injury.

While one can receive payment of medical bills, mileage for travel to and from medical appointments, and medical expenses in both worker’s compensation and personal injury claims, there are some important differences in the compensation between the two.

Worker’s Compensation Provides Benefits but Does Not Make You “Whole”

As noted earlier, in a worker’s compensation claim where a worker has suffered wage loss, the worker is only entitled to receive 2/3 of the suffered wage loss from the employment in which they were injured. This means if the injured individual was earning $600 per week from the employment in which they were injured and an additional $300 from a second job, they will only be compensated for 2/3 of the $600, or $400.
For anyone working more than one job, a worker’s compensation injury can result in a huge income loss, and can add significant financial stress to an already unfortunate and stressful situation. On top of the income reduction, regardless of how painful the injury and recuperation were, worker’s compensation does not allow a person to recover any compensation for the pain and suffering they had to endure.

An example of a situation where a person could have both claims available to them is when an individual, who is a delivery driver, is hurt on a delivery due to a dog attack. This person can make a claim against their employer’s worker’s compensation insurance, but can also bring a claim against the owner of the dog.

Professional Driver in an Auto Accident

Another common situation is when a person whose job requires them to drive, like a bus driver, is involved in a car accident. In this scenario, the person can make a claim against the worker’s compensation insurance, as well as the individual at fault in the accident.

Making claims against both the worker’s compensation insurance and the at-fault party may sound like the injured person will receive double compensation for the same injury, but that is not the case.

The “collateral source” rule allows an injured individual to request the full damages from an injury without deducting compensation they have already received. Examples of compensation already received include obtaining compensation in a worker’s compensation claim, or from health insurance negotiating lower rates or paying for medical treatment. The idea behind this rule is that an at-fault party should not be able to benefit from the good fortune (having an injury that can be covered by worker’s compensation) or good sense (having health insurance that covered the injury) of the party they injured and get a reduction from the full amount of damages caused to the injured party.

Even though the injured individual may claim the maximum available amount of damages, the individual may not receive the full compensation granted by the court due to liens from those that have made payment for damages arising from the injury. Those lien holders can include a worker’s compensation insurance, medical insurance, and hospitals or medical providers who provided treatment for the injury.
A hospital can charge $100,000 for medical treatment for injury services subsequent to a car accident, but because insurance companies negotiate those charges, the insurance company may only pay a portion of the full $100,000 charged. For example, an insurance company can agree with a hospital that $45,000 will cover in full the medical treatment that the hospital originally charged $100,000 for. The injured person will still be able to request that the driver who caused the accident pay the full $100,000 in damages. The insurance that paid the $45,000 will request that it be reimbursed so although the full $100,000 can be requested, the injured worker will likely only receive $55,000.
Money received by client = Money requested – Payment to those who paid for damages
$55,000 = $100,000 – $45,000 (insurance lien in example above) 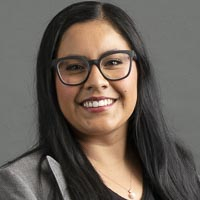