If your employer’s worker’s compensation carrier concedes liability for a work injury, they will cover wage loss and any permanent disability benefits, as well as all medical expenses related to the injury. However, every year countless Wisconsin workers learn their worker’s compensation claims have been denied while they are still receiving medical treatment, leaving them without any wage loss and medical expense coverage.

In order to continue receiving medical treatment to recover from the injury, some workers, who do not have employer-sponsored group health insurance and qualify for public benefits, resort to Medicaid to cover the cost of any remaining medical treatment. Unfortunately, this option tends to hit low-wage earners, who work for employers that do not offer employee benefits, the hardest.

To make matters even more challenging, if Medicaid finds out the injured worker at some point had a worker’s compensation claim that has since been denied, they will assert a lien on the case and the worker, even though most people resorting to Medicaid have no income or private insurance to cover medical treatment. For workers who find themselves in this seemingly impossible position, seeking legal advice is essential.

Medicaid Liens & How to Resolve Them

An experienced worker’s compensation attorney will tell you that if a lien is asserted by Medicaid, the denied worker’s compensation claim may not be able to be resolved without reimbursing Medicaid under a statutory formula found in Wis. Stat. Sec. 102.27(2)(b). The statute provides that “if . . . the government has given the parties to the claim written notice,” then reimbursement “shall equal the lesser of either the amount of assistance the government . . . provided, or two-thirds of the amount of the award or payment after deduction of attorney’s fees, and . . . costs chargeable under [the Worker’s Compensation Act].”

It is important to emphasize that the language of Wis. Stat. Sec. 102.27(2)(b) indicates that Medicaid’s right to a lien is triggered if “written notice” is sent to the “parties.” The “parties” to a claim would include both the injured worker or his or her attorney and the worker’s compensation insurer. Said differently, there is a strong textual argument that there is no obligation to reimburse Medicaid if both parties have not received written notice of a lien.

If Medicaid properly serves notices to the parties, the above-listed reimbursement formula applies. As an example, if the denied worker’s compensation case settles for $45,000 and the attorney receives a 20% fee of $9000, the injured worker is guaranteed $12,000 before Medicaid gets its share (e.g., one-third of the $36,000 remainder after the attorney fee is $12,000). Next, if the lien on the case is greater than $24,000 (i.e., two-thirds of the $36,000 remainder after the attorney fee), that remaining balance goes to Medicaid. Conversely, if the lien is less than $24,000, Medicaid is reimbursed at 100% of what it spent on the disputed medical treatment and the remaining settlement balance goes to the injured worker.

Overall, Medicaid and other governmental liens can significantly complicate worker’s compensation cases. If an injured worker does not consider a properly notified Medicaid lien, he or she could be on the hook for thousands of dollars. 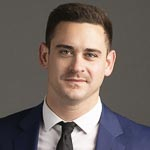