“I had the utmost confidence in Attorney Fairweather’s abilities as my attorney. He was upfront with me at every phase of my case, which ultimately resulted in a settlement. I highly recommend him.“

“I had the utmost confidence in Attorney Fairweather’s abilities as my attorney. I highly recommend him.“ 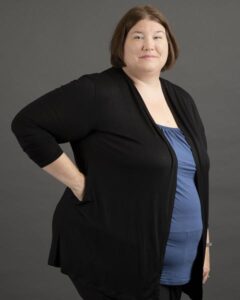 Nicholas E. Fairweather has represented Wisconsin employees, labor unions, and consumers in a variety of disputes, inside and outside of the workplace.

With a team of accomplished professionals, Mr. Fairweather successfully obtains resolutions, both through mediation and litigation, before all administrative and judicial forums.

In 2018, Mr. Fairweather and his co-counsel secured an almost $800,000 jury verdict and award, on behalf of two State of Wisconsin employees who had been denied health insurance coverage for procedures and services related to gender dysphoria. Including attorneys’ fees and costs, the State paid $1.67 million to Hawks Quindel, the ACLU of Wisconsin, and the two clients.

In late-2016, Mr. Fairweather and his co-counsel achieved a trial victory on behalf of a former sales executive at a Madison-area health insurance carrier. The client had been denied compensation equal to a male co-worker who had been performing the same work. The federal judge found in the employee’s favor, and awarded her all of the damages, penalties, fees, and costs available to her under the federal Equal Pay Act.

In early 2016, Mr. Fairweather and his co-counsel successfully settled a federal lawsuit alleging discrimination and retaliation in violation of the federal Americans with Disabilities Act and Family and Medical Leave Act.

I am a criminal defense lawyer practicing in Milwaukee. Over the years I have had clients with employment-related legal issues, and I have referred them all to Nick Fairweather and Hawks Quindel. Nick and the team are knowledgeable, caring, and fight hard for their clients. Every client I have sent there has thanked me for doing so.

“Cannabis In the Workplace” Labor and Employment Law Section of the State Bar of Wisconsin, November 2019

“Hatfields and McCoys: An Overview of Landlord-Tenant Law and Litigation” State Bar of Wisconsin, May, 2014

“Well, Why Didn’t you Say So?” A presentation on the content and effect of discipline letters in public employment. Wisconsin Employment Relations Commission, February 2010

False Claims Against the Paycheck Protection...

END_OF_DOCUMENT_TOKEN_TO_BE_REPLACED

Hawks Quindel, S.C. is pleased to announce that...

END_OF_DOCUMENT_TOKEN_TO_BE_REPLACED

As we’ve written about in the past, the...

END_OF_DOCUMENT_TOKEN_TO_BE_REPLACED

What Protections do Transgender Employees and Job Applicants Have in Wisconsin?

In Wisconsin, an amalgam of federal, state, and...

END_OF_DOCUMENT_TOKEN_TO_BE_REPLACED

Hawks Quindel, S.C. is pleased to announce that...

END_OF_DOCUMENT_TOKEN_TO_BE_REPLACED

Attorneys Fairweather and Good to Present on Arbitration Hearings at 2016 Health, Labor and Employment Law Institute