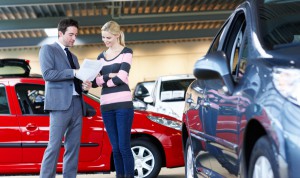 On the Friday before Labor Day weekend, the Seventh Circuit upheld a National Labor Relations Board (“NLRB”) ruling that AutoNation Inc., the largest automotive retailer in the U.S., violated the National Labor Relations Act (“NLRA”) when its then-associate general counsel attempted to block union activity at an Illinois Toyota dealership in 2011.

The case arose after AutoNation learned that its employees were discussing the possibility of organizing a union at its Libertyville Toyota Facility. AutoNation then held a series of meetings with its employees to discuss the possibility and ramifications of unionization. Brian Davis, AutoNation’s associate general counsel at the time, joined the last meeting during which he indicated that any efforts to organize a union would be futile, implying that any workers who attempted to do so could be demoted or blacklisted. Fortunately, one of the employees secretly recorded the meeting, which also captured Davis insinuating that employees would receive pay raises if they did not unionize.

The International Association of Machinists and Aerospace Workers filed a complaint with the NLRB when the recording came to light, alleging that AutoNation engaged in an unfair labor practice by interfering with workers’ unionization efforts. The National Labor Relations Act makes it an unfair labor practice “to interfere with, retrain, or coerce employees” seeking to unionize. An Administrative Law Judge subsequently concluded that certain comments by Davis violated the NLRA in various ways, and the NLRB upheld the judge’s conclusions that the substance of the meeting constituted anti-union activity.

Employees covered by the National Labor Relations Act are afforded certain rights to join together to improve their wages and working conditions, with or without a union. If you or someone you know is being intimidated or threatened because of their affiliation with a union or attempts to unionize, please contact an attorney at Hawks Quindel, S.C.

Colin Good
Attorney Colin Good has the expertise and experience necessary to help navigate any obstacles or challenges you may face in the workplace. He has dedicated his practice to seeking fair treatment for workers through the enforcement of local, state, and federal labor and employment laws, and looks forward to assisting you in achieving your goals, whatever they may be.