Generally, Wisconsin’s “at will” employment doctrine allows an employer to legally fire an employee at any time, for most any reason. After an on-the-job work injury, however, workers enjoy a higher degree of legal protection for an undefined period. Such employees may not be fired (or refused re-hire when they are physically able to return to work) unless the employer has a “reasonable basis” for the termination.

“Refusal to hire cases are some of my favorites. Employers often use the event surrounding an injury as a pretext to suggest the employee is irresponsible or incompetent, when the employer’s real motivations for firing the person are something else entirely,” says Halstead. “Wisconsin’s Workers Compensation law protects workers recently injured on-the-job from such scenarios, temporarily providing them a legal advantage they can use to either win their job back, or win damages to support them financially until they can find another job.”

Aaron helped Ross Hill, then a Madison resident, bring a refusal to rehire case against Chili’s, his former employer. Ross says, “I went through the phone book, calling attorney after attorney. Nobody wanted to take the case; they all said there was too little money at stake, or Chili’s was too big a corporation to fight successfully. For Aaron, however, the case was about principle and worth taking on.”

Two Ways to Prove a Refusal to Rehire Case

In making a “refusal to rehire” case, Halstead need not argue the firing or refusal to re-hire is motivated by or otherwise related to the work injury. Instead, he can make either of two arguments that the employer has broken worker’s compensation law. The “no reasonable basis” argument suggests the employer fired or refused to rehire a worker without fair or fit reason, judged within the specific context of the position. The retaliation argument suggests the employer fired or refused rehire to punish the injured worker.

The following cases exemplify scenarios where recently injured or recovered workers have been fired unreasonably:

In 2013, Halstead brought a case on behalf of a Walmart truck driver (link). A smart, friendly man with an A+ driving record, the driver suffered a knee injury at work, requiring knee surgery and a nine-month recovery period. On his eighth day back to work, Walmart fired the trucker for “failure to use his GPS tool effectively,” when he chose a different route than his GPS device suggested, in order to purchase fuel at a Walmart-owned fuel station. The judge found the employer’s rationale for termination to be “baseless,” and the worker was awarded a year’s wages ($77,000 in this case).

In another, ongoing case, Halstead represents a semi mechanic working for a Milwaukee business. While on-call, but between work calls, the employee was hit by a drunk driver who was going the wrong direction after mistaking up a freeway off-ramp for an on-ramp. After the mechanic recovered from his injuries, the employer fired him for “failing to avoid an accident.” That case is in litigation and a final hearing is scheduled for the fall of 2017. Halstead and his client contend the dismissal action was unreasonable, given the facts of the accident, and seek one year’s wages from the administrative law judge.

Halstead’s 2002 representation of Ross Hill against Chili’s arose out of Hill’s serious thumb injury. When the injury occurred, Hill’s supervisor asked him to claim it on his personal insurance instead of his Worker’s Compensation insurance; Hill refused (he did not have personal health insurance), despite the supervisor offering him $50 to do so. During a subsequent shift, Chili’s fired the Hill for breaking company policy by waiting at the bar for his girlfriend to finish her shift, while he had ended his shift early due to pain from his injury. The judge found this motivation unconvincing and awarded Hill $7,364 in back pay and attorney’s fees.

“My injury was very serious; my thumb was injured badly enough that eventually, I underwent a partial amputation,” says Hill. “My doctor was telling me not to return to work, but I needed the money. They fired me anyways.” Hill continues, “Aaron made the experience more manageable for me. He is likable and comforting. He explains all the details in the face of a frustrating, stressful situation.” 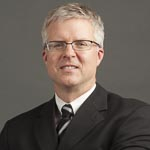