The assault on state employees continues unabated. This time the blow was delivered by the U. S. Supreme Court. In a 5-4 decision issued March 20, 2012, in Coleman v. Maryland Court of Appeals, the Reagan-Bush-Bush wing of the Court ruled that state government employees cannot sue over violations of their self-care rights under the federal Family and Medical Leave Act (FMLA).

The federal FMLA requires employers with 50 or more employees, including states and local governments, to allow their employees up to 12 weeks of leave in a 12-month period for the birth, adoption or foster placement of a child (new-child leave), to care for a family member with a serious health condition (family-care leave), and for treatment and recovery from the employee’s own serious health condition (self-care leave). Employees may also use the same 12-week leave allotment for “exigencies” necessitated by a military family member’s overseas deployment, such as military events, childcare and school activities, financial and legal arrangements, and post-deployment activities (qualifying-exigency leave). In addition, employees may take up to 26 weeks in a single 12-month period to care for a family member in the military who is recovering from a service-connected serious injury or illness.

Even though the states were subject to those laws, the Eleventh Amendment meant that only the appropriate federal agencies (DOL for Fair Labor Standards Act (FLSA) and Equal Employment Opportunity Commission (EEOC) for Americans with Disabilities Act (ADA) and Age Discrimination in Employment Act (ADEA)) could bring monetary claims against them. If the agency rejected an employee’s request that it sue the state employer on his or her behalf, the employee had no remedy for the violation of his or her rights.

In 2003, in Nevada Dept. of Human Resources v. Hibbs, the Court rejected Nevada’s Eleventh Amendment argument, holding instead that Congress adopted the family-care provisions of FMLA explicitly to remedy and deter sex discrimination. Hibbs, who worked for the State of Nevada, requested and was granted FMLA leave to care for his wife, who was recovering from a car accident and neck surgery. When the state fired him for failing to return to work after he had been out 12 weeks, he sued for violation of his FMLA rights. Nevada argued that the Eleventh Amendment insulated it from any claims under the FMLA.

Before enacting the law, Congress had compiled extensive evidence that employers, including state and local governments as well as private employers, administered their leave policies in reliance on gender-based stereotypes, which assigned to women “the primary responsibility for family caregiving.” Consequently, since sex is a “suspect class” under the Equal Protection Clause, a 6-3 majority of the Court ruled that the Fourteenth Amendment entitles state employees to sue over violations of FMLA’s family-care provisions. The three dissenters were Justices Scalia, Kennedy and Thomas, all conservative Republicans.

When Coleman came before the Court, those two joined with the three Hibbs dissenters to hold that FMLA’s self-care provisions were subject to Eleventh Amendment limitations. Congress had included self-care leave protection specifically to prevent further sex discrimination by employers who would likely hire only men if only family-care leave was protected. Justice Kennedy dismissed that concern as mere “abstract generalities,” “supposition and conjecture” insufficient to subject states to employees’ suits for damages.

Justice Scalia agreed that the Eleventh Amendment applied, but for an even more sweeping reason. He said a federal law should never strip a state of its Eleventh Amendment protection against damage suits by employees or other parties except where the law addressed racial discrimination.

If you are a Wisconsin state employee and you believe your rights under the federal FMLA have been violated, Hawks Quindel S.C.’s experienced employment law attorneys can help. Please contact us for a consultation. 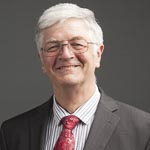