WHAT IS THE LILLY LEDBETTER FAIR PAY ACT & WHY MIGHT IT MATTER TO YOU?

Six months before her retirement, Lilly Ledbetter sued her employer, Goodyear Tire and Rubber for gender discrimination under Title VII of the 1964 Civil Right Act, claiming she was paid less and less than her male counterparts who did the same type of work that she performed. U.S. Supreme Court Justice Ruth Ginsburg summarized her situation as follows:

“Lilly Ledbetter was a supervisor at Goodyear Tire and Rubber’s plant in Gadsden, Alabama, from 1979 until her retirement in 1998. For most of those years, she worked as an area manager, a position largely occupied by men. Initially, Ledbetter’s salary was in line with the salaries of men performing substantially similar work. Over time, however, her pay slipped in comparison to the pay of male area managers with equal or less seniority. By the end of 1997, Ledbetter was the only woman working as an area manager and the pay discrepancy between Ledbetter and her 15 male counterparts was stark: Ledbetter was paid $3,727 per month; the lowest paid male area manager received $4,286 per month, the highest paid, $5,236.”

The case reached the Supreme Court in 2007, where a conservative majority ruled that Lilly Ledbetter’s claim was barred by the 180 day statute of limitations of the Civil Rights Act of 1964 because she did not file her claim within 180 days of the employer’s decision to pay her less. Even though Lilly Ledbetter got paid less on every single paycheck for many years, and more important, even thought she did not know for many years that she was getting paid less than her male counterparts, the Supreme Court tossed out her claim for not being filed within 180 days of Goodyear’s decision to pay her less than other similarly-situated male supervisors.

The Lilly Ledbetter Pay Equity Act changed this in 2009. The Act now means that if you want to file a federal discrimination complaint alleging gender inequity in pay at your workplace, you can file it 180 days after any discriminatory paycheck. In other words, a complaint can be filed from the date of any paycheck that contains an amount affected by a prior discriminatory pay decision by your employer.

If you believe you have been discriminated against in the workplace due to gender, Hawks Quindel’s attorneys can review the facts of your case and provide you with guidance regarding your rights. 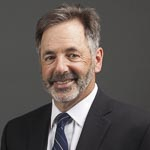 Richard Saks
Richard Saks represents individuals and groups in a wide variety of employment and civil rights claims. His clients include labor unions and other social justice organizations engaged in legal battles to defend and advance the living standards and civil rights of working people. Attorney Saks takes on difficult but important legal causes, such as unionization for immigrant and low-wage workers, defense of protective legislation for workers, voting rights of minority citizens, and issues related to fairness in the political process.