WHAT HAPPENS TO RETIREMENT ACCOUNTS IN THE EVENT OF DIVORCE?

Defined benefit plans. Defined benefit plans are plans that what we generally think of as pensions, where the spouse whose name is on the plan gets a sum certain each month at retirement, not unlike social security. If the other spouse is granted a portion of this pension at divorce, the parties may want to value that interest in today’s dollars and give the spouse an equivalent amount in another asset, such as the interest in the house or other retirement account, such as a 401k. However, the courts can also award an interest in that actual retirement account so that at the time of retirement, each spouse gets a portion of that monthly payment. This is done through a court order called a Qualified Domestic Relations Order, or QDRO.

Defined contribution plans. Defined contribution plans are plans such as 401ks or 403bs or IRAs. The amount in the account, with the increase or decrease in value due to market conditions, is the sum total of the plan. At retirement, you can take out as much as you want but once it is gone, it is gone. For plans qualified under federal law, such as 401ks or 403bs, the spouse whose name is on the account is the participant and the spouse whose name is not on the account is the alternate payee. An alternate payee can get a portion of the retirement account by QDRO without the participant having to pay taxes on that money distributed. The taxes at retirement are passed on to the alternate payee. In addition, most qualified plans provide an option to the alternate payee, not otherwise available to the participant, to take part or all of the money now, paying taxes at present tax rates but not paying any penalty. This can be used to pay joint bills or provide a down payment on a house.

There are many more creative ways of dividing pensions at divorce but it must be done carefully and in compliance with regulations governing pensions. To set up a consultation with one of our family law attorneys, please call us at (414) 271-8650 or contact us through our website form. 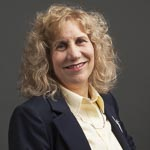