Wisconsin Right to Work Law Is Latest Challenge to Unions

2015 Wisconsin Act 1 is commonly referred to as Wisconsin’s “Right to Work” legislative reform. Technically, the statutory revision was simple. Wis. Stat. § 111.06(1), which prohibited employers from deducting dues from an employee’s paycheck unless the employee authorized the deduction, formerly contained a further exception permitting a deduction if a labor organization had a contract that included an “all-union” agreement. An “all-union agreement,” also known as a “union security” agreement, allowed for the deduction of fees from non-union members’ paychecks to pay for the services they receive from the union. Act 1 deleted this exception, thereby prohibiting the negotiation of union security agreements. Sec. 111.06(1) continues to permit deduction of union dues from union members who have authorized the deduction.

As a matter of labor law and public policy, the reform is anything but simple and the debate has often obscured the facts. No employee is required to be a union member to work. More than 50 years ago the Supreme Court observed that under federal labor law no employer can terminate an employee because the employee refused to be a member of the union. N. L. R. B. v. Gen. Motors Corp., 373 U.S. 734 (1963).

“Right to Work” Allows Non-Union Members to Benefit Without Contributing

What “right to work” laws prohibit is the negotiation of union security agreements, also called agency fee agreements, which are based on the federal labor law policy that the union has a duty to represent all members of a bargaining unit, regardless of whether or not they are union members. A union security agreement allows the cost of that representation, which all employees receive, to be shared by all beneficiaries of that representation. The fees paid by non-members under these agreements cover only the “financial core” of a union’s collective bargaining responsibilities. Gen. Motors Corp., and Commc’ns Workers of Am. Beck, 487 U.S. 735 (1988).

Substantial, legally imposed audit, reporting, and procedural safeguards followed these decisions. Under these decisions, non-members are not required to cover any portion of any expense not directly related to the union’s cost of negotiating and administering a collective bargaining agreement. While federal law permits agency fee agreements to be negotiated between unions and private sector employers, it does not mandate them. In states permitting such agreements, it remains up to the employer and union to negotiate such an agreement. Fundamental principles of democracy and fairness underlie these agreements. A union acquires the right to be the employees’ exclusive representative only if a voting majority of employees vote for union representation. A union loses that status if a voting majority of the employees vote to decertify it.

Union Negotiations Improve Conditions for Both Union and Non-Union Workers

Because a certified union is the exclusive representative of all employees in the bargaining unit, all employees benefit from the wages, benefits, and terms of employment the union is able to negotiate. Non-members also receive representation from the union in regard to enforcement of contract provisions, including defense against unfair discipline. The negotiation and enforcement of a contract requires trained member leaders and experienced and knowledgeable staff supported by a treasury, the source of which is the dues or fees paid by employees. Typically the dues are paid to cover a local union’s immediate expenses, but some portion is allocated to regional or national affiliates of the local that pool resources to employ professionals in labor negotiations and contract administration. Significant sums must be spent in research regarding labor market rates and the employers’ financial situation. Additional funds are necessary to cover negotiators’ time, survey members’ interests, represent individual members in grievances, and organize the governance of the organization.

The majority of employees represented by a union understand the collective benefit they derive by their membership and financial contribution. They do not want to become free riders, taking the benefits of the union without contributing their fair share. Wisconsin law previously permitted the parties to a collective bargaining agreement to incorporate those employees into their contract. The removal of this option is intended to weaken unions and the collective bargaining process itself. History teaches that labor has overcome obstacles to its effort to improve employees’ wages and working conditions. That history continues to be written in Wisconsin. 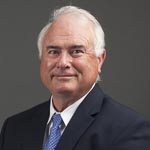