Just when you thought the race to cut labor costs couldn’t get any more ridiculous, a lawsuit brought by the Department of Labor proves there is no end to some employers’ creative attempts to cut corners. As one company and its owner recently found out, cutting corners can get very expensive.

The DOL brought a lawsuit against American Future Systems which had instituted a policy that employees must punch out, and therefore not receive compensation, for any time they were not making sales calls at 14 call centers in Pennsylvania, New Jersey, and Ohio. Any time an employee wanted to take a drink of water or use the restroom, they were forced off-the-clock and not paid. Breaks, even as short as two minutes, went unpaid.

Under the Fair Labor Standards Act, short breaks up to twenty minutes are compensable. 29 CFR § 785.18. Such breaks promote efficiency and are considered working time. Although American Future Systems argued that the employees were completely free from work during these short breaks, the District Court deferred to the DOL’s interpretation of their regulations which have been on the books since 1940.

It is important to note that in Wisconsin, an unpaid meal period must be at least thirty minutes in length. Wis. Admin. Code § DWD 274.02(3). Anything less than thirty minutes is compensable. Moreover, in Wisconsin, where an employer prohibits its employees from leaving the premises during the meal period, the meal period is compensable. These regulations provide employees with important additional protections from employer intrusions on their personal time.

The Court’s opinion can be found here.

If your employer deducts from your pay for unpaid breaks less than thirty minutes or prohibits you from leaving your premises during your break, contact the attorneys at Hawks Quindel, S.C. at 414-271-8650 as soon as possible. 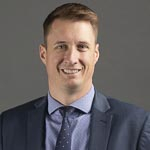 Larry Johnson
Larry Johnson works tirelessly to assist workers in claims for unpaid minimum wages and overtime pay for violations. Through his dedication to helping employees, he has recovered millions of dollars in unpaid minimum and overtime wages in Milwaukee and across Wisconsin. Protecting each employee’s right to their fair day’s pay for a fair day’s work motivates Attorney Johnson’s work.