ProPublica, a non-profit investigative journalism organization, recently published a report on the status of workers compensation benefits in the U.S. The report, “The Demolition of Workers’ Comp,” details how state legislators have rolled back protections for injured workers across the country in recent years, and follows the lives of a number of injured workers, putting a human face to these recent legislative trends that have received little media attention.

These protections have been scrapped by many states in recent years. Changes have included:

When John Burton was asked about the recent trends in state’s workers compensation laws, he stated, “I think we’re in a pretty vicious period right now of racing to the bottom.”

Such changes have allowed workers compensation insurance carriers to drastically reduce how much injured workers receive in wage replacement benefits and in health care treatment, even in cases where it was undisputed that workers suffered work injuries as serious as severed limbs and paralysis. A day after ProPublica released its report, OSHA released a report echoing the concerns raised by ProPublica.

The result of these changes, as both reports point out, is more injured workers are being forced into long-term poverty and left with no other option than turning to government assistance. The costs insurance companies are saving in the form of lesser disability benefits and medical treatment expenses are being shifted onto taxpayers in the form of food stamps, Social Security, Medicare, and Medicaid. This all comes at a time when workers compensation insurance companies have seen increased profits and employers are paying the lowest premiums seen in decades. In Wisconsin, for example, employers paid an average of $3.42 per $100 in wages in 1988. In 2014, they paid $1.92 per $100 in wages.

These trends are of particular interest to Wisconsin, which has long been regarded as having an exemplary workers compensation system defined by efficiency, stability, and compromise between competing interests. Wisconsin has the oldest workers compensation statute in the country, adopted in 1911 and found constitutional by the Wisconsin Supreme Court. Central to Wisconsin system is the Worker’s Compensation Advisory Council, which brings together representatives of labor, management, and healthcare providers to agree on changes to workers compensation that are then presented to state legislature as a proposed agreed-upon bill.

As recently addressed by Attorney Aaron Halstead of Hawks Quindel, Governor Scott Walker’s proposed budget bill includes unprecedented changes to Wisconsin’s workers compensation system that are widely seen as unnecessary. These changes have been proposed without any input from the Advisory Council, and the passage of the budget with these changes may well threaten the end of a legislative process defined by compromise, common-sense, and expertise rather than the instability and drastic swings that have come to define partisan law-making.

A “Solution” in Search of a Problem 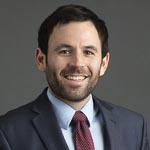