Over the past several decades, many large apparel companies have “offshored” production to countries in the developing world to reduce labor costs. In the 1990’s, college students began publicizing and agitating around the sweatshop conditions in those foreign factories. The first chapter of the Student Labor Action Coalition emerged then at UW-Madison.

UW led the development of international Labor Codes of Conduct to protect and benefit all workers who produce goods bearing college logos, including workers employed directly by an apparel company or, more often, by a foreign manufacturer producing goods for the company. The UW Madison Labor Licensing Policy Committee was formed to ensure that clothing made under the University’s name must come from factories that comply with labor laws. Working with the Workers Rights Consortium, formed in 2000 to audit factories producing licensed products, this UW committee has exposed abuses and demanded compliance with the Labor Codes of Conduct.

Most recently, the spotlight has turned on adidas – the athletic apparel company with a multi-million dollar exclusive contract for UW-Madison’s athletic apparel. Beginning in 2010, the P.T. Kizone factory in Tangerang, Indonesia, which manufactured collegiate apparel for adidas and other manufacturers, failed to pay wages and other mandated compensation required by Indonesian law, including severance pay after the factory closed and the owner declared bankruptcy. An Indonesian bankruptcy tribunal determined that the factory owed 30.8 billion Rupiah – approximately $3.4 million in unpaid compensation to the approximately 2600 workers at the factory.

Several of the apparel companies whose goods were also manufactured in the PT Kizone factory, including Nike and the Dallas Cowboys, then paid approximately $1.6 million of the unpaid compensation. adidas, however, has not made any payment toward the $1.8 million still owed to the former PT Kizone workers.

In July 2012, the UW Board of Regents filed an action in Dane County Circuit Court seeking a declaration that adidas’ agreement with UW requires it to guarantee the PT Kizone workers their legally mandated compensation. Board of Regents v. adidas, Case No.  No. 12CV2775.  And in September, the Indonesian labor union representing P.T. Kizone workers petitioned to intervene as a plaintiff with the Board of Regents.  The University did not oppose the motion, but adidas did. On January 15, 2013, the Court granted the motion allowing the Indonesian Union full party status with UW in the lawsuit.

UW’s Labor Licensing Policy Committee has also encouraged contracting with model employers like Alta Gracia Apparel in the Dominican Republic that is unionized and provides a living wage for employees.  As UW professor of consumer science and chair of the Committee, Lydia Zepeda, states, “Less than $1.00 added to the price of a hoodie could be the difference that allows families to live in their own houses and have food to eat.  I’m pretty sure that most consumers, if they really understood what it means, would be willing to pay that.”  See “A Thread of Hope” by Jacob Kushner in On Wisconsin, UW Alumni magazine, Winter 2012. 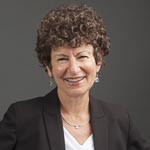 Barbara Zack Quindel
Barbara Zack Quindel has practiced labor and employment law for over 35 years, working with both Wisconsin labor unions and individual employees to get their work-related issues resolved. A passionate advocate for employee rights, she is well-respected and consistently included in the Best Lawyers in America and Wisconsin Super Lawyers.