Know When You Are Free to Walk Away from a Police Officer, and Why It Matters for Your Criminal Legal Defense

Most people misunderstand, or are unfamiliar with, the law when it comes to interactions with police officers. An interaction with law enforcement can be a frightening experience, especially for people of color and people who reside in urban, high-crime neighborhoods. Most people feel pressured to answer questions and consent to search of their person (body) or property upon request of law enforcement. This article seeks to clarify some key information about interacting with law enforcement, especially because there could be damaging statements or other evidence obtained through that encounter.

There are important constitutional protections against unreasonable 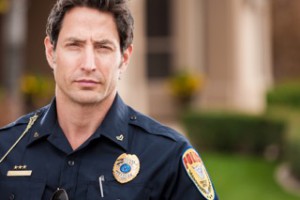 searches and seizures of citizens (i.e. the Fourth Amendment), but these protections are not implicated in every encounter with police. Many law enforcement encounters are considered “voluntary;” police officers are free to approach someone and ask questions of that person, and the person questioned is free to decline to answer. If he or she instead decides to answer voluntarily, any statements can be used against that person without the ability to argue that the officers had no reason to approach him or her in the first place and therefore those statements should be suppressed (or “thrown out” of court).

There are also times when law enforcement confines our liberty – otherwise known as a “seizure” – and a person is not free to simply walk away from an officer. While they are not free to leave at the time, they also are not obligated to answer questions. The reality is, however, many people do answer questions, and many times it results in incriminating responses. Whether a person is actually “seized” during an interaction (versus a “voluntary” encounter) is very important. If law enforcement does not have at least reasonable suspicion that you are participating in criminal activity, then the seizure is a violation of the Fourth Amendment and provides grounds for suppression of any evidence obtained through that interaction. In other words, if the police stop you without reasonable suspicion, you may be able to get the resulting evidence thrown out.

The test used to determine whether a person has been “seized” is, if taking into account all of the circumstances surrounding the encounter, the police conduct would have communicated to a reasonable person that he or she was not at liberty to ignore the police presence and go about his or her business. Examples of circumstances that suggest a seizure include, but are not limited to:

In a recent U.S. Court of Appeals for the Seventh Circuit opinion, the Seventh Circuit further clarified when a citizen is considered “seized,” thus implicating the Fourth Amendment protection against unreasonable seizures. The case involved an interaction that led to Dontray Smith’s arrest for suspicion of being a felon in possession of a firearm.

The key facts are as follows: Milwaukee officers heard gunshots and came across Smith in a dark alley, where he was alone. He was not running or engaging in any other suspicious behavior and was not coming from the direction from which the shots were reportedly fired. The two armed, fully-uniformed police officers stopped and positioned their bicycles at a 45-degree angle toward Smith, obstructing the path in front of him. One of the officers got off his bicycle and approached Smith with his hand on his gun. The officers did not introduce themselves or provide Smith with any pleasantries. Instead, a single accusatory question was posed to Smith: “Are you in possession of any guns, knives, weapons, or anything illegal?” Smith then nodded towards his right side, with his head down, and said he had a gun. One of the officers asked if he had a concealed weapon permit, to which he responded “no.” Smith was then handcuffed and the officers searched his front pocket and located a gun.

In this case, even though there was no reasonable suspicion to believe that Smith had participated in criminal activity, the trial court denied Smith’s motion to suppress both his statements and the gun, finding that Smith had not been “seized” at the time he made the statements. Smith was convicted and sentenced to prison.

The Seventh Circuit disagreed with the trial court and found that Smith had been seized – the police conduct would not have communicated to a reasonable person that he or she was not at liberty to ignore the police presence and go about his business. The appellate court found the following facts persuasive: there were two officers, they were in full uniform, they blocked Smith’s movement with their bicycles, the interaction took place in a narrow and dark alley where Smith was alone, the officers did not engage in any pleasantries, and the question posed to Smith was one that implied that he was a suspect, and thus was facing arrest if he did not cooperate. The totality of these circumstances led to a finding that Smith had been seized, and because police had no reasonable suspicion that Smith was engaged in criminal activity when they seized him, his statements and the gun must be suppressed.

Could Race Have an Influence in Seizure Determination?

Smith raised an issue that is particularly timely: He argued the reasonable person test used to determine when a person is seized should take into account the citizen’s race. He maintained that no reasonable person in his position – as a young black male who encountered police in a high-crime, high-poverty, minority-dominated urban area where police-citizen relations are strained – would feel free to walk away from police officers asking accusatory questions. The Court stated that while they did not deny the relevance of race in everyday police encounters with the nation’s citizens, that even without taking into account Smith’s race, the other factors were strong enough to find that the encounter constituted a seizure. This leaves the door open for future arguments regarding the role of a person’s race in determining whether a person has been “seized.”

Fortunately for Smith, he had an attorney who challenged the evidence that the government planned to use at trial. But Smith was convicted and sentenced to prison before he was able to get that evidence suppressed by the appellate court. That is why it is important to know your rights in order to trigger these constitutional protections and why it is so essential for you to hire an aggressive and diligent criminal defense attorney as soon as possible.

Six Tips for Interacting with Police

Here are some tips to keep in mind when interacting with the police:

(1) Be kind, but assertive, regarding your rights.
(2) Ask if you are free to leave. If yes, then exit the scene. As demonstrated by the above case, many police interactions will be considered voluntary encounters. Any evidence obtained through voluntary encounters and consents to search can be used against you.
(3) If the officer tells you that you are not free to leave at that time, you typically must identify yourself if requested. Do not make any other statements.
(4) If the police want to search you or your property, make it clear to the police that you are not consenting to any search, but do not physically resist. Police interactions can escalate quickly, so avoid using bodily movements, especially grabbing an item out of the officer’s hands or twisting your body while being searched. Instead, make it very clear verbally that you are not voluntarily allowing them to search you or your property. This will preserve your right to challenge the search later while reducing the likelihood that force will be used against you and/or that you will be charged with Resisting or Obstructing an Officer.
(5) Know that you do not have to be read your Miranda Rights (which stems from the Fifth Amendment right against self-incrimination) unless you are considered to be in custody (having your liberty restrained significantly) and interrogated. Even most traffic stops do not constitute “custody.” If you are not in custody and being questioned, do not think that just because you have not been read those rights that the statements you make cannot be used against you.
(6) Pay attention to all details of the interaction with police, and if you are arrested or believe that you will be, contact an attorney immediately. As demonstrated by the above case, whether you can get evidence thrown out depends on many facts, and your attorney needs to know everything that occurred during that interaction.

If you have had an encounter with law enforcement and you believe that you are suspected to have committed a crime, please contact criminal defense attorney Rachel Krueger at Hawks Quindel. We can help you learn your rights and put you in the best legal position to defend yourself.