Breaking Down the Legal Jargon of Employment Claim Settlement Agreements

1. The “whereas” clauses: Think of this as an introduction. In spite of the silly word “whereas,” this is the section of the agreement that spells out what has happened in your case so far. It usually states the claim filing date, the type of claim you filed and explains the parties wish to resolve the claim short of litigation to avoid further costs. The defendant usually also includes a section stating they didn’t do anything wrong. This might not necessarily be the case, but it’s common for defendants to include such a statement. 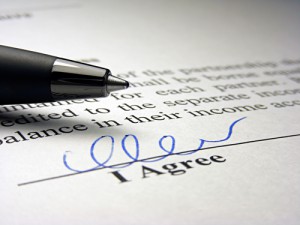 2. Method of Acceptance clause: There are all kinds of rules associated with how an individual can accept an agreement so most settlement agreements are very specific in an effort to ensure there is no confusion for either party. The “method of acceptance” section usually tells you what you have to sign and send, to whom, and when, in order for your acceptance of the agreement to be effective. If you don’t accept the agreement in the way specified in the agreement, you may not have actually accepted the terms.

4. Settlement Proceeds/Payment clause: This is the section explaining how much money you are getting, how it will be paid out and how it will be treated for tax purposes. Consult a tax professional if you have questions about the difference between W2 wages and 1099 income if both types of payments are contemplated in your settlement.

5. Waiver of Claims clause: This is the most important section for both parties. It’s the explanation of what claims you are waiving in exchange for the money you are receiving. This section is often the longest and includes a laundry list of claims, many of which you probably don’t have, that you are waiving by signing the settlement agreement. Many defendants will include waivers of claims “known and unknown” to you at the time you sign. Sometimes there is a “general” waiver – you waive any claim arising under any law – and there may also be “specific” waiver, which means you waive the specific claims that form the basis of the claim you filed. This is the most important section to review with a lawyer! Consulting with a lawyer allows you to discuss any and all potential claims you might have and will help you make an informed decision about whether you can and should waive those claims.

6. No future litigation clause: Defendants often want you to agree that you won’t recover in a lawsuit someone else might file against them in the future. This section usually says you can respond to subpoenas if you receive them, but you won’t be eligible for any money awarded in a future suit or settlement.

7. No Rehire clause: Most employers, after you’ve sued them, don’t want you come back to work for them for obvious reasons. The “no re-hire” clause gives employers an explicit right to reject any future application you submit to the company and allow them to terminate your employment if you “accidentally” get hired by the employer or any affiliates or subsidiaries.

8. Owner of claims clause: This section asks you to confirm you haven’t sold or otherwise transferred your right to the settlement proceeds to anyone else, as payment for debt, for example.

9. Confidentiality clause: If you are signing a settlement agreement for your employment claim, employers almost always want you to keep it confidential. The confidentiality agreement can come in many forms but most commonly, you will be required to keep the existence and terms/substance of the agreement confidential. That means you can’t tell anyone there is a settlement agreement or what the terms of settlement of the agreement are. However, there is always a provision which allows you to share it with your spouse, tax advisor and attorney. If you tell someone outside of those three individuals, you can be sued for breach of contract and may have to repay the money you receive as well as additional damages.

10. Non-disparagement clause: This is the section that prevents you from saying bad things about your former/current employer. If you make verbal or written negative comments, true or untrue, you can be sued for breach of contract and may have to repay the money you receive as well as additional damages.

12. Consideration/Revocation clause: Depending on the claim you’ve filed, the law may require a certain portion of time for you to consider the claim (21 days usually). Additionally, in certain cases, there will also be a provision which allows you 7 days to revoke your acceptance, even after you’ve signed the agreement. Pay close attention to how you have to notify the other party of your revocation.

Additional Settlement Agreement Clauses Worth Considering in an Employment Claim

If you’re working with an attorney, he or she should sit down with you and walk through what your settlement agreement says. If you aren’t working with an attorney and you’ve settled your claim on your own, it’s still a good idea to pay an attorney for an hour of their time to go over the terms of the agreement with you so you know what you’re signing. Contact one of Hawks Quindel’s employment lawyers if you or someone you know has questions or concerns about a settlement agreement. 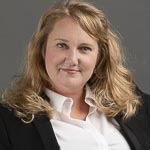