Whether you transitioned years ago or you’re just starting the process, the American workplace can be very complicated for transgender employees. Being “out” at work is a huge step in living as your authentic self and can offer freedom of expression, support, and confidence. It can also bring serious mental and physical harm.

Fortunately, federal and Wisconsin state law prohibits discrimination against employees based on their sex, which includes transgender status, gender identity, and sexual orientation. Keep reading for ten tips to help you understand your rights as a transgender person in the workforce. If you think your rights may have been violated at work, call Hawks Quindel for a consultation with a qualified employment attorney who can help you understand your options.

1. Know your rights as a transgender worker

Federal. Title VII of the federal Civil Rights Act of 1964 is the touchstone employment discrimination law in the United States. Title VII prohibits discrimination based on membership in a protected class, which includes race, national origin, religion, color, and sex. Discrimination in employment means any aspect of employment, including hiring, firing, pay, job assignments, promotions, layoff, training, fringe benefits, and other terms or conditions. In its 2020 decision Bostock v. Clayton County, Georgia, the Supreme Court determined that “sex” necessarily includes transgender status and sexual orientation. And so, as of 2020, federal law prohibits employers who have at least 15 employees from discrimination on the basis of being transgender.

State. Wisconsin’s anti-discrimination law, the Wisconsin Fair Employment Act (WFEA), does not explicitly prohibit discrimination on the basis of transgender status. However, because of the Supreme Court’s Bostock decision, federal law extends the protections of the WFEA to transgender employees. Accordingly, transgender people in Wisconsin can pursue claims under state or federal law. Notably, the WFEA applies to employers with at least one employee.

Municipal. The City of Madison’s Equal Opportunities Ordinance explicitly prohibits discrimination in employment on the basis of gender identity. Other municipalities may also protect transgender employees.
Additionally, there may be protections specific to transgender people under the Americans with Disabilities Act, the Family and Medical Leave Act, and other federal statutes that are outside the scope of this article. If you believe your rights may have been violated, contact an attorney for legal advice.

2. Know the limits of your rights

However, employment discrimination laws don’t function as civility codes. Workplace “banter,” offhanded comments, teasing, and isolated incidents (that are not “severe”) are not prohibited. Only when such behaviors are frequent, severe, or cause the targeted employee tangible harm (such as getting demoted or fired) are the actions considered unlawful. Similarly, accidentally using incorrect pronouns or referring to someone by their birth name when they have changed their name as part of their gender transition is not illegal. But intentionally and repeatedly doing so could be. If someone is using an inaccurate name and pronoun, speak up. Putting someone on notice that they are using discriminatory language (whether intentionally or unintentionally) can make all the difference in proving repeated, intentional harassment.

3. Your legal name and gender marker are not as relevant as the ones you use

Everyone uses pronouns every day. In English, pronouns indicate gender, such as “she” or “he.” In fact, pronoun use is a very important way to express gender, especially for people who identify differently than their legal gender marker of “F” or “M.” Many people do not identify with either “she” or “he” and so use gender-neutral pronouns, such as “they.” Using a pronoun that contradicts a person’s gender identity is called “misgendering.” Similarly, using someone’s birth name instead of their chosen name is referred to as “deadnaming.” Both can cause serious harm to someone’s mental and emotional health.
Mistakes happen, especially early in someone’s gender transition or when they first join a workplace. As mentioned above, using the wrong name and pronoun is not enough to be considered illegal discrimination. But often, colleagues and supervisors intentionally or carelessly call or refer to an employee with inaccurate pronouns or a deadname – even when corrected over and over again. That kind of behavior probably amounts to unlawful harassment. Whether or not a transgender employee has changed their name or corrected their gender marker is irrelevant – you deserve to be called by the name and pronouns you use.

4. You can use the restroom that aligns with your identity

The Equal Employment Opportunity Commission’s guidance says employers must allow employees to use the bathrooms consistent with the individual employee’s gender identity, whether or not that employee has undergone gender-confirming medical treatment. Additionally, the Occupational Safety and Health Administration’s (OSHA) guidance explains safe access to restrooms is, in fact, within OSHA’s purview, and employers should allow employees to access whatever restroom is consistent with that employee’s gender identity.

The issue of gendered dress codes is not new. In 1970 the Supreme Court decided that an employer violated Title VII when its employee, a cisgender woman, was passed up for a promotion because she was “not sufficiently feminine. That case, Price Waterhouse v. Hopkins, set the precedent that gender stereotyping violates federal law.
Employer dress codes and grooming policies must comply with Title VII. In other words, if an employer has a dress code, the employer should:
• modify it to avoid gender stereotypes
• ensure it does not put an unequal burden on any particular gender, and
• enforce the code consistently with all employees

Transgender employees have unique needs for health insurance coverage that have been historically denied coverage and excluded from policies. The good news is that many health insurance plans are getting rid of exclusions that single out transgender people.
Federal law prohibits most public and private health plans from discriminating against insureds because of their transgender status. With limited exceptions, it is unlawful to deny coverage for necessary transition-related care. Unfortunately, many policies decide arbitrarily what is “necessary” transition-related care. In this author’s opinion, all transition-related care is necessary. In any case, federal law provides some protections for transgender people. For example, plans cannot:

In Wisconsin, the Commissioner of Insurance’s guidance says it is unlawfully discriminatory to exclude, limit, or deny benefits to an insured on the basis of the insured’s gender identity. Under Wisconsin law, “no insurer may unfairly discriminate among policyholders by … offering different terms of coverage except on the basis of classifications related to the nature and the degree of the risk.” Wis. Stat. § 628.34. Further, it is unlawful to deny benefits or refuse coverage on the basis of sex. Wis. Admin. Code § Ins 6.55 (1976). In other words, the exclusion, limitation, or denial of covered benefits under individual or group health insurance based on an insured’s gender identity violates Wisconsin law.

Let’s face it: too many personnel policies were written with too few people in mind. For example, family leave is not always offered equally to cisgender and transgender employees. Often, parental leave policies strictly define what qualifies as a family or who qualifies as a parent. The Department of Labor says that all employees, including LGBTQ employees, can take FMLA leave to care for a child for whom the employee serves a parent (even in the absence of a legal or biological relationship to the child).
Review your employer’s personnel policies and consider how they may apply to you. If you feel that the policy applies to cisgender employees differently than to transgender employees, contact your HR department or an attorney who can raise the concern right away.

If you have a union in your workplace, contact your union representative, ask about transgender protections, and join the union.

Discrimination at work is not always easy to prove. For one thing, most companies have expectations and policies in place that prevent direct discrimination (e.g., “I’m demoting you because you’re transgender”). For another, most employees don’t walk around with a notebook or a recording device – they’re too busy doing their jobs! In fact, by the time an employee realizes they’ve suffered discrimination, the behaviors have probably been happening for weeks, months, or even years.

Trust your intuition. If you feel like something suspicious or unfair is happening, keep records. Follow up meetings with emails that confirm the takeaways. Write in your journal if someone makes an offhand remark. Ask your colleagues if they heard it, too. Report concerns to human resources in writing and be sure to say you believe the situation is occurring because you are transgender or gender nonconforming. Documenting your concerns – no matter how small – will help you if you choose to bring a legal claim.

10. When in doubt, call a qualified attorney for legal help.

Even prepared with all the knowledge above, transgender and gender-nonconforming employees will very likely experience discrimination at work. If you believe that your colleagues, customers, supervisors, or company policies single you out because of your gender identity, gender presentation, or, sexual orientation, call Hawks Quindel to speak with a qualified attorney who can help you understand your options. You deserve to be free of harassment and discrimination. You deserve to live as the authentic you.

For more on this subject from Attorney Archer:

How Much is a Workplace Discrimination Claim Worth?
Title VII Protects LGBT Employees
Defining ‘Sex’ in Title VII: The Bostock Decision and LGBTQ RightsPride in the Workforce: Exploring the workplace dynamics and barriers faced by LGBTQ employees 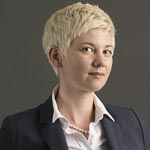