Asst. Managers Misclassified as “Exempt” from Overtime Pay May Sue for Back Pay 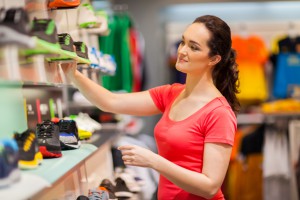 Since the Department of Labor announced new proposed regulations about which employees are entitled to federal law’s overtime pay protections (1), the question of “who is exempt from overtime” has garnered a lot of media attention. (2) At the heart of the DOL’s proposal is the notion that the current minimum salary eligible for overtime exemption, at $23,660, covers many assistant-level managers who don’t truly represent the “white collar workers” that the overtime exemptions were meant to target. But in fact—given that employers often classify assistant managers or similar employees as exempt from overtime and yet task them with job duties akin to their hourly coworkers—plaintiffs’ lawyers across the country have been bringing the issue to the courts for years. While these class action suits often settle, a recent case against major retailer TJ Maxx has presented a mixed bag: the company agreed to pay out assistant managers for the overtime they worked while “in training,” but maintains that the company pays them properly once they allegedly “manage” the store.

TJX Companies, the parent company of TJ Maxx, Marshalls, and HomeGoods, faces a slew of claims alleging that it failed to pay its Assistant Store Managers overtime wages as required by the Fair Labor Standards Act (FLSA). See Roberts et al. v. The TJX Companies Inc. et al., Case number 1:13-cv-13142 (D. Ma. 2015). In August 2015, the company agreed to pay $4.75 million to settle claims that it failed to pay Assistant Store Managers (ASMs) overtime while they were in training for the ASM position. But the parties continue to dispute whether TJX Companies also failed to pay certain ASMs overtime once they were out of training.

Plaintiffs alleged that TJX Companies improperly classifies them as “exempt” from overtime wages during their training for the ASM position. (In addition, “Merchandise” ASMs allege that they are also misclassified even once they are out of training).

Under the FLSA, not paying overtime is the exception, not the rule. Employers may treat employees as exempt from overtime only if the employees’ primary duties qualify them for one of the FLSA’s narrowly defined exemptions. If employees do not fall under an exemption, the employer must pay them overtime wages for hours worked over 40 per week.

According to TJX Companies, its ASMs qualify for the “executive” exemption (3) because:

1. Their primary duty is managing the store and/or a department of it;
2. They customarily and regularly supervise two or more employees; and
3. They have the authority to hire or fire employees or their suggestions as to hiring and firing are given particular weight.

TJX Companies also argues ASMs meet the requirements of the “administrative” exemption (4) because their primary duty is performing office and non-manual work “directly related to the management or general business operations” of TJX Companies, and this duty allegedly includes the “exercise of discretion and independent judgment on matters of significance.”

Managers in Training: TJX Companies Settles Claims That They Deserve Overtime (Without Admitting It)

Plaintiffs alleged that they participated in a four to five week formal Assistant Store Manager Training Program, during which they worked an average of 50 hours per week, and during which their primary duty is to become familiar with the ASM position by shadowing another employees. The ASMs claimed that throughout training, they mainly perform work alongside hourly employees. For example, the ASMs model work of employees at the cash registers, in the backroom, and in the fitting rooms. They also receive training from managers, attend training meetings, and complete training exercises. The Plaintiffs argued that such work was not exempt from overtime.

The ASMS-in-training settlement does not address the merit of Plaintiffs’ argument that they were misclassified during training, and TJX Companies admits no wrongdoing. Nevertheless, both parties asked the judge to grant final approval of the class and collective action settlement of $4.75 million. Among Plaintiffs’ primary reasons for agreeing to settle their claims was the risk of complex, long, and costly litigation if the case proceeded to a trial in front of a jury.

TJX Companies continues to dispute claims that it has improperly classified certain ASMs as exempt from overtime once they are out of training. Specifically, in the same case which led to the settlement for ASMs-in-training, “Merchandise” ASMs have alleged that their regular job duties do not qualify for an exemption to overtime wages under the FLSA. According to Plaintiffs, Merchandise ASMs primarily spend their time performing non-managerial work. Plaintiffs testified that they spent between 70% and 90% of their time doing tasks akin to those of hourly associates, such as:

Moreover, Plaintiffs testified that they did not have the authority to perform the type of managerial tasks required by the FLSA’s executive and administrative exemptions to overtime. For example, Plaintiffs claimed that they did not have the authority to set budgets for the store, to decide what products to sell or where to place them, to determine the pay of hourly associates or the price of merchandise, to approve overtime or vacation, to unilaterally disciple employees, and to hire or fire employees. Nor could they schedule, train, direct, or supervise other employees. The Merchandise ASMs point out that they cannot even decide where to place a sign in the store. One Plaintiff described his Merchandise ASM position as a “glorified associate.”

The Merchandise ASM case is one of many cases against major retailers alleging that assistant store managers are misclassified because they are not primarily “managing” and therefore should not be denied overtime wages. Family Dollar, Dick’s Sporting Goods, and Sears are just a few employers who have also faced such claims.

If you are have questions about whether your duties as a retail manager, or in any position, are properly considered exempt from overtime, call one of our wage and hour attorneys for a free consult.