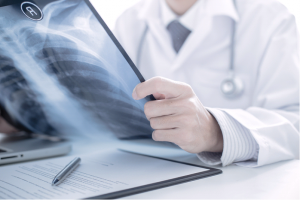 A worker falls off a ladder and breaks his arm. This is called an “accidental” or “traumatic” injury.

A worker performs stocking work a number of months, requiring repeated, heavy, overhead lifting, and develops a shoulder condition requiring surgery. This is called an “occupational disease” or sometimes an “overuse” or “repetitive motion” injury.
Both of these injuries are equally compensable under Wisconsin’s workers compensation statute. Sometimes the decision about whether an injury should be characterized as a traumatic injury versus an occupational exposure injury is very straightforward. For other cases, however, it may be possible to bring the same claim under either theory. Deciding which approach to take requires consideration of an individual’s work history, medical history, and other evidence that may come into play at a worker’s compensation hearing. (For a more detailed discussion, see this thorough blog post describing occupational exposure claims).
Two changes to Wisconsin’s worker’s compensation law that took effect this year added another layer to the analysis when deciding whether an occupational exposure claim is most appropriate for a given injury.

Change to the Statute of Limitations

The second change to WI worker’s compensation statutes says that when assessing the permanent partial disability (PPD) resulting from a traumatic work injury, doctors must breakdown what PPD was caused by the work injury, and what PPD was caused by the “other factors’ impacting the injured body part, whether before or after the work injury. The worker’s compensation carrier is not liable for any PPD attributed to “other factors.” The new law fails to define what constitutes “other factors,” creating a great deal of ambiguity. For example, can a back condition that was completely asymptomatic before the work injury constitute an “other factor” that reduces PPD for a workplace back injury? Questions like this will almost certainly produce a lot litigation in the coming years. Attorneys for injured employees will likely argue that something has to qualify as a “disability” before the work injury to constitute an “other factor.” Attorneys for the insurance companies, on the other hand, will likely push for a definition of “other factors” that takes any possible health condition into consideration. However, the new apportionment provision does not apply to occupational exposure claims, presenting a potential advantage for occupational exposure over traumatic injury claims. The new law also states that any preexisting disability caused by occupational exposure with the same employer is compensable and will not be treated as an “other factor.” Thus, the new apportionment provision may also encourage worker’s to bring a claim as both traumatic and occupational, when possible, to avoid having PPD reduced under the new apportionment provision.

A Worker’s Compensation Attorney Can Advise You