Prohibition on Arrest and Conviction Record Discrimination in Employment

Generally speaking, Wisconsin employers are prohibited from discriminating against job applicants and employees because of their arrest or criminal conviction record. Our Arrest & Conviction Record Discrimination page includes a summary of these legal protections:
“The Wisconsin Fair Employment Act (“WFEA”) protects individuals from adverse employment actions on the basis of their arrest or conviction records, and provides rights to enforce these protections should such unlawful actions take place. Specifically, the WFEA makes it unlawful for any employer, labor organization, employment agency, licensing agency, or other person(s) to engage in any act of employment discrimination against any individual on the basis of his or her arrest or conviction record. Wis. Stat. § 111.321. These prohibitions include such actions as terminating an employee who has been recently arrested, or refusing to hire an applicant after asking about his or her arrests. Individuals who have been subject to such unlawful actions may be able to recover damages including back pay, reinstatement, attorney’s fees and, in some cases, compensatory damages.

There are some exceptions to these protections, however. For instance, an employer may refuse to hire a qualified applicant or terminate an employee because of a conviction record for an offense that is “substantially related” to the circumstances of a particular job. Whether the crime is an upsetting one may have nothing to do with whether it is substantially related to a particular job. The “substantially related” test looks not only at the circumstances of an offense (where it happened, when, etc.) compared to the circumstances of a job (where is this job typically done, when, etc.), but also evaluates the characteristics of an individual who committed or was charged with a crime (prone to violence, inability to be truthful, trustworthy, etc). The more similar the circumstances, the more likely it is that a substantial relationship will be found.”
However, a recent decision by Wisconsin’s State Supreme Court has expanded the range of possible exceptions mentioned above, where an employer may use a domestic violence conviction as a reason to terminate an employee or refuse a potential hire.

Crimes of Domestic Violence and the “Substantial Relationship” Test

For many years, an important Wisconsin rule guided how employers and the court interpreted the “substantial relationship” between crimes of domestic violence and the workplace. This guidance held that because the circumstances of a domestic violence crime occurred under domestic circumstances, similar crimes were inherently unlikely to reoccur in workplace circumstances. In other words, that an individual was willing to commit a crime against a person with whom they had a close personal relationship did not mean that same individual would commit a crime against a person with whom they have only a professional relationship. Practically speaking, this meant that, more often than not, it was unlawful for employers to refuse to hire an applicant because of a domestic criminal record.
Perhaps for obvious reasons, employers did not like this rule. In March 2022, employers received their wish: the Wisconsin Supreme Court overturned this long-standing analysis, effectively saying the fact of a domestic setting is now irrelevant to the “substantial relationship” test.

In 2013, Derrick Palmer was convicted of several violent crimes against person and property arising from a domestic violent incident with his former live-in girlfriend. He also had a previous domestic violence conviction in 2001. After serving his prison term and while under extended supervision, Palmer applied for a job at Cree Inc. as an Applications Specialist.
The Applications Specialist position involved operating largely independently to design lighting systems for commercial customers, and occasionally visiting customers and traveling to trade shows outside of Wisconsin. Cree offered Palmer the position, contingent on a background check. Cree subsequently rescinded the job offer on the basis of Palmer’s record of domestic violence convictions, and Palmer filed a complaint with the Wisconsin Department of Workforce Development’s Equal Rights Division.
The Administrative Law Judge who heard the case found that Cree did not unlawfully discriminate against Palmer because his convictions were substantially related to the job. On appeal by Palmer, the Labor and Industry Review Commission reversed, concluding that a domestic crime against a person with whom Palmer had a personal and intimate relationship was not substantially related to the circumstances of the job of Applications Specialist. Cree appealed to the Circuit Court, which agreed with the Administrative Law Judge, and Palmer appealed to the Court of Appeals, which agreed with the Labor and Industry Review Commission.

In reaching its 4-3 decision, the Court concluded the substantial relationship test does not require identical circumstances between the crime and the job. This means an employer may look beyond “immaterial” contextual information such as a domestic personal, intimate relationship with a victim, when evaluating the relationship between conviction record and the applied-for position. Instead, the employer should focus on the “material” circumstances of the criminal activity based on the “character traits” revealed by a crime, and the risk of repeat offense in the workplace based on those traits and the circumstances of the job. Translation: The court found the long-standing exception for domestic violence crimes in Wisconsin was improper.
Reviewing the circumstances of Palmer’s domestic violence convictions, the Court found that they revealed his general willingness to use violence to achieve power and control over another person, his disregard for the health and safety of others, and his inability to control anger or other emotions. The Court then found that these traits have a substantial relationship to the Applications Specialist Position: (1) Palmer’s willingness to exert power and control over others substantially related to the independent and interpersonal nature of the Applications Specialist job, where Palmer’s authority could be threatened and trigger him to react with violence; and (2) the absence of regular supervision could create opportunities for isolation and violent encounters, especially considering the secluded nature of Cree’s large, noisy facility and Palmer’s opportunities to work with customers at their facilities and to travel to trade shows.

The Supreme Court’s dissenting justices identified many disagreements with the majority’s analysis and decision. Perhaps most importantly, the dissent points out that the majority ignores the legislature’s purpose and goal when it made conviction record discrimination unlawful. The dissent argues that the majority effectively modifies the “substantial relationship” test in doing away with consideration for the specific details of convictions. By focusing almost exclusively on “character traits,” the majority’s decision also requires employer and the courts “to play armchair psychologist,” and “mak[e] assumptions about what character traits might be associated with each particular criminal offense.”

On the specific issue of domestic violence, the dissenting justices believe the majority went too far by effectively eliminating the substantial relationship test for crimes of domestic violence. With its broad and non-context-specific analysis, the majority instead created a “per se substantial relationship between a domestic-violence conviction and the circumstances of any job that involves working with other people.” The dissent reasons that if the legislature intended such a broad exception to the prohibition on conviction record discrimination, it would be specifically written in the statute like it is for other specific crimes and jobs.

What This Decision Means for Employees with Domestic Violence Convictions

The Supreme Court decision in Cree signifies an uphill battle for employees with domestic violence conviction records seeking employment. Of course, there still must be a “substantial relationship” such that the specific job presents a reasonable opportunity for the character traits of the domestic violence crime to reoccur. But as the dissenting opinion suggests, such analysis could have the effect of permitting employers to automatically deny any job that involves working with other people to prospective employees with violent criminal histories.

Given the fact-intensive nature of these cases and the expectation of heightened barriers to employment based on conviction record in light of Cree, it is more important than ever to know your rights and consult an experienced employment attorney when you believe you may have been subject to unlawful discrimination. Hawks Quindel is dedicated to protecting employee and workplace rights for all. 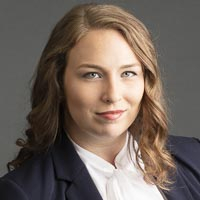 Natalie Gerloff
Associate Attorney at Hawks Quindel
Attorney Gerloff is an associate attorney at the Hawks Quindel Madison office. She practices employment, wage and hour, and Social Security disability law. Attorney Gerloff strives to provide comprehensive legal representation to her clients with an empathetic approach that is both pragmatic and sensitive to each client’s needs.