In a recent case, three employees of a California clothing store were fired over Facebook discussions about their workplace and how it was run. The employees’ concerns were safety-related: since the employer’s closing hours were much later than other area businesses, employees were leaving the premises late at night under conditions the employees found unsafe. The Facebook posts focused on the employees’ concerns about workplace safety and the fact their supervisor and other management had refused to listen to them.

After they were fired over Facebook communications, the employees complained to the National Labor Relations Board, which decided the three were fired illegally. The Board concluded the discharged employees’ Facebook postings were protected activity under the National Labor Relations Act. According to the law, employers cannot discharge or discriminate against employees for engaging in “protected concerted activity” for their “mutual aid or protection.” These are activities an employee engages in with others or on behalf of others. The Board concluded these employees were discharged illegally because the Facebook postings were a continuation of their complaints to their supervisor about their safety concerns at the workplace. On Facebook the employees were making an effort to reach all employees to explain their shared concerns about their working conditions, their safety, and the fact management had not listened to them.

According to the Board, federal law has protected this kind of activity for over a quarter of a century from employers’ illegal reprisals, like discharge. It found the employees were protesting the conduct of their supervisor and their protests were for their mutual aid and protection. The Board has now ordered the three employees reinstated with full back pay.

If you have been fired over Facebook posts or other social media communications, we can help you learn your rights. To discuss your case with an employment attorney at Hawks Quindel, call or email us. 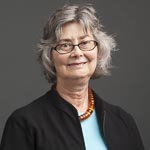 Michele Sumara
Michele Sumara focuses her law practice on union-side labor law, wage and hour litigation on behalf of employees, social security disability, and the firm’s appellate practice. Attorney Sumara’s clients rely on her for her strong advocacy and her ability to cut through legal jargon to explain legal principles in plain English, both to clients and to the courts.