Chief U.S. Magistrate Judge Joseph Spero explained in his March 5, 2019 decision that UBH relied on flawed internal guidelines to deny coverage for residential treatment on the basis that such treatment was not “medically necessary.” These guidelines contradicted generally accepted standards of care by emphasizing the treatment of acute symptoms while ignoring the underlying, and often chronic, mental health or substance abuse disorder. Consequently, as soon as the patient’s acute crisis passed and he/she appeared stable, UBH denied further coverage in a way that “simply [fed] the recurrent loop of crisis” (Wit v. United Behavioral Health). The court found such denials to be a breach of fiduciary duty and an abuse of discretion in violation of the Employee Retirement Income Security Act of 1974.

Despite these advances, the complicated and chronic nature of mental and substance abuse disorders make it uniquely vulnerable to disparate treatment. For example, whereas a hip replacement surgery is a clear standard of care for a severely arthritic hip, the standard of care for severe depression or alcoholism is far more ambiguous. Consequently, some insurers may balk at paying for treatment for which the likelihood of success is uncertain. That said, Judge Spero’s opinion makes clear the illegality of insurers’ internal guidelines that discriminate against those with mental and substance abuse disorders in an effort to save money.

If you are concerned that you have been wrongfully denied coverage for mental or substance abuse treatment, please contact our office. We would be happy to discuss your case further. 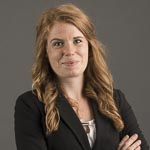 Jessa Victor
Jessa Victor is an associate attorney in Hawks Quindel’s Madison office. Her practice area focuses on employee benefits and long term disability insurance claims. She values the importance of a client-focused practice. In addition to keeping clients informed, she is attentive to their input so as to ensure they are not passive observers in their own cases.