Aaron Halstead is a shareholder in Hawks Quindel’s Madison office, which he opened in 1995. Attorney Halstead’s practice is focused on representation of employees in worker’s compensation and employment litigation matters. Attorney Halstead devotes a substantial portion of his worker’s compensation practice to representing injured Spanish-speaking employees. He also has served as a private mediator and arbitrator to parties involved in employment-related litigation. Attorney Halstead has been a Member of the Board of Directors for the State Bar of Wisconsin’s Labor and Employment Section (1998-2005, 2007-2010) and has served as the Board’s Chairperson (2003-2004).

Attorney Halstead has served on the board of directors of the Madison Workers Rights Center (2010-2015), including as the Board’s president. He has been the co-chair of the State Bar of Wisconsin’s Annual Employment Law Update seminar since 2012, and has also presented at the annual conference of the Wisconsin Association of Workers Compensation Attorneys.

The following are published appellate opinions in cases in which Attorney Halstead served as counsel for the employee or labor union:

Attorney Halstead has been selected for recognition by The Best Lawyers in America in the areas of Labor and Employment (each year since 2003), and Worker’s Compensation (each year since 2009). Best Lawyers has recognized him as its Lawyer of the Year in the areas of Worker’s Compensation Law – Claimants Madison (2013) and Labor Law – Union Madison (2014). Learn more about Attorney Aaron Halstead on Super Lawyers and Avvo. 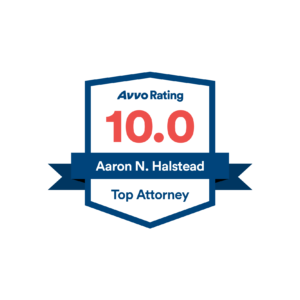 COVID-19 Notice: Hawks Quindel is fully operational and committed to serving the needs of current and new clients during this challenging time. We are available via phone, email and video conference and we will continue to be available to serve as advocates in whatever capacity is needed for our  existing and potential clients.